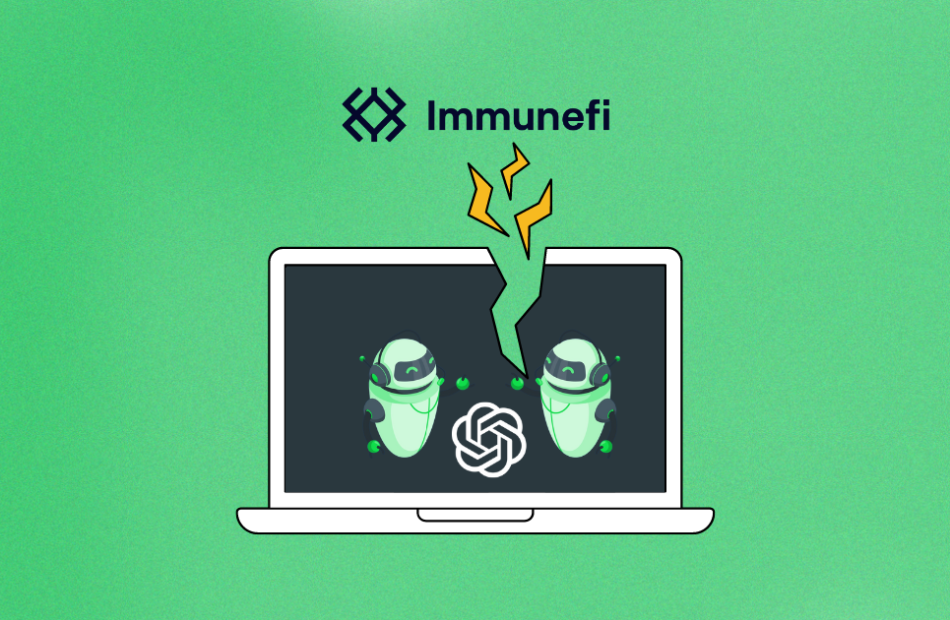 OpenAI unveiled ChatGPT, a long-form question-answering AI that answers complex queries in a conversational manner. It’s a ground-breaking technology since it’s been taught to understand what people mean when they ask questions.

Many users are in awe of its capacity to deliver responses of human-quality, which gives rise to the idea that it might soon have the ability to revolutionize how people interact with computers and alter how information is retrieved.

However, this technology has been stirring up trouble in a lot of different aspects. Here’s Why.

In a recent tweet by Immunefi, it mentioned that it has banned 15 people so far for submitting ChatGPT reports.

Additionally, Immunefi engineers emphasised that there are differences between ChatGPT and services like GitHub Copilot. With the former, you are in control of the process, and Copilot’s job is to make contextually relevant suggestions that you can accept or reject as you write your program. With the latter, you are using a single prompt to produce what initially appears to be a well-written bug report but is ultimately unintelligible.

Immunefi went a step further and asked ChatGPT why the program shouldn’t be used to generate bug reports, receiving a “satisfying response” and have shared the same on Twitter.

Immunefi stated that it will continue to watch ChatGPT-generated reports as they become more sophisticated.

Will they lift the ban?

In the future, Immunefi might think about lifting the ban on the submission of AI-generated bug reports. “We will keep an eye out for the development of AI tools, and we will consider unbanning their use if they are ever capable of generating real bug reports” they recently said. But for now, the ban is in effect.

To conclude, the use of AI for these types of reports has its pros and cons. With some of the pros include efficiency, scalability, and consistency. But at the same time with cons like lack of context, and inability to understand or comprehend.

@Bitboy_Crypto they using ur picture for bs AI vids ... The New Era Of Startup Acceleration Is Here. Fractal Web3 Accelerator Launched An Accelerator Program For Startups On January 16.