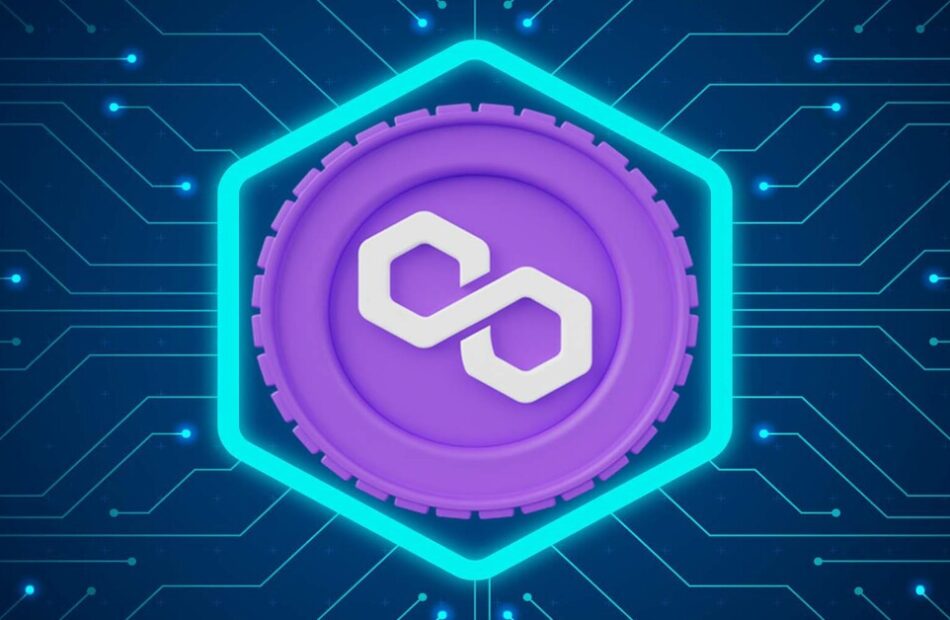 Polygon Tumbles Near Crucial Resistance Level! Will MATIC Price End Up With A Death Rally?


Polygon investors enjoyed this month as its native token MATIC made overwhelming price momentum since the start of the new year. MATIC price has brought an ROI of over 40% in just two weeks, awakening bullish expectations among traders after a prolonged bearish trend.

Moreover, several analysts believe that MATIC’s price will astonish investors with a surprising breakout upward; on the other hand, some believe that the MATIC token may witness increased selling pressure if it fails to hold its price near the resistance level, resulting in a downturn in the trend.

Polygon Gets Support From The Community

Polygon price has been rallying upward continuously, with a staggering gain of 40% in January, becoming a rising star in the altcoin market with the most significant gain. Moreover, altcoin traders switched their attention to the Polygon network as it recently announced the entry of leading global investment firm Hamilton Lane.

According to the announcement, the NASDAQ-listed firm with nearly $829 billion assets under management (AUM) reveals its $2.1 billion funds on the Securitize platform, a Polygon-based tokenization vehicle. With this initiative from the Polygon network, MATIC’s price is expected to push its limit upward and accomplish its short-term bullish goals in February.

On-chain analyst firm, Jarvis Labs, noted that funding rates on the MATIC price remain neutral, and long-positions witness a significant spike over short positions, hinting at investors’ bet on long-term gain. Additionally, the number of addresses holding the MATIC token has witnessed a spike in January which signifies solid interest from the crypto community.

MATIC Price May Kick Off A Bearish Bloodbath

MATIC price is waiting for a major test as the ongoing market conditions, including the 25-bps interest rate hike, may loosen investors’ confidence. However, the MATIC token seems to get less impact as it continues its upward journey with great partnerships, including Mastercard.

As of writing, MATIC’s price trades at $1.23, with an uptrend above 12% in the last 24 hours. A well-known altcoin trader, TradingStat, predicts that MATIC may prepare for a downward correction as it fluctuates near its fundamental resistance level at $1.27. The analyst stated that a failure to trade above $1.27 might plunge the MATIC token below the 31.8% Fib retracement level to $1.12.

However, a bullish trend above the resistance level may gain investors’ trust in registering a further uptrend with intense buying pressure. A consolidation above $1.28 may take the MATIC token upward with a stable rise and form a next resistance at $1.5. 
The crypto market kicked off the year 2023 on a positive note and majority of the cryptocurrencies landed on a high trading area. However, now it looks like the market has taken a U-turn as most of the currencies including Bitcoin, Ethereum, XRP, Cardano, Solana and other large cap currencies have registered a loss. The Bitcoin price has shed nearly 1.5% in the last 24hrs while the lead altcoin, Ethereum, has lost its $1,600 level.

Why Is Bitcoin Price Down ?

The last three weeks of January have been exceptionally good for cryptocurrencies. Nevertheless, now as the flagship currency, Bitcoin gradually makes a downward movement which is considered to be highly unusual considering its last few days performance. This also points towards investors who have become less optimistic towards bitcoin’s price action.

Secondly, the crypto market might be reacting to the upcoming US fourth-quarter gross domestic product (GDP) which is set to be released Thursday.

Thirdly, the market experts point towards the entry of hedge funds into short positions. Next, the volatility in the crypto market could be due to Microsoft’s cloud outage which has affected investors’ sentiment. Lastly, traders anticipating ease in the monetary policy in the coming days might have caused crypto market volatility.

However, next week’s Fed meeting is expected to give these cryptocurrencies a much required push if the inflation rate is decreasing. This is when Ripple(XRP) Price May Break the Resistance & Set to Surge Beyond $0.5


Ripple price in recent times has been displaying immense strength as it appears to be self-assured of a healthy upswing. Meanwhile, the recent updates of the ongoing Ripple vs SEC lawsuit which is turning in favor of the company is also impacting the XRP price to a large extent.

The XRP price ignited a significant upswing, a month ago and surged nearly 70% to reach $0.548. Presently, the asset has set up a notable upswing from the lows around $0.438, while the bears are trying to restrict the price below $0.4629. While the token is expected to continue to shed some gains, the XRP price is manifesting the possibility of a significant rebound beyond $0.5 very soon.

The XRP price underwent a fake breakout recently and trapped the bears below $0.425 as it continued to drop lower breaking the support at $0.44. However, the price quickly rebounded and raised beyond the descending parallel channel, manifesting the possibility of reaching $0.48. Meanwhile, the bears have become more dominant since the early trading hours due to which a notable pullback within the channel appears imminent.

Furthermore, after the price slumped hard in May, the price consolidated hard but the daily active address spiked. The addresses raised from 55K to as high as 0.2 million in just a week, followed by which it dropped heavily below 35K. Ever since the addresses found its lows at 33.7K, the user’s trading activity raised slightly which impacted the XRP price too.

However, the addresses continue to remain restricted below 0.1 million which further indicates equal bullish & bearish pressure. Hence, the XRP price is expected to remain consolidated but if it manages to remain above the parallel channel through the weekend, the monthly close may be expected notably bullish. Therefore, levels beyond $0.55 may also be imminent by the end of October 2022. 
After a brief rally, the cryptospace has entered a correction phase as Bitcoin prices are about to drop below $19,000 for the ‘nth’ time in a row. The weak hands wait for every opportunity to extract profit, regardless of whether the jump was a minor or a major one. Hence, these weak hands are expected to be blown out in 2022, as the long-term holders could wait until the crypto goes long soon.

Amid the current retracement, Quant price continues to be among the top gainers for the day with a jump of more than 25% since the early trading hours. Moreover, the price is continuing to maintain a notable upswing, which may push the price close to the pivotal level of around $200.

Now that the ONT price has surged above $172, then it may be time to go long as predicted by one of the popular analysts, Micheal van de Poppe.

The analyst believed the asset has gained huge bullish momentum and is all set to go long as the price has surpassed $172.

With a rise in social activity, the Quant price has pulled a massive leg up, and moreover, the upswing is expected to continue until social dominance remains high. Therefore, during the upcoming weekend, the QNT price is expected to reach $200 and face a slight pullback. This may further induce a catapult action that may raise the price towards the upper targets soon.