Will Ethereum Take a Dip Amid the Rising FUD? Here’s what Experts are Saying


On January 20, the price of Ethereum recovered above $1,600, wiping out its losses from the collapse of the FTX exchange. However, after reaching a recent high of $1,638, the price crashed to $1,527. The large profit-taking transaction ratio increased on January 20 according to experts at Santiment.

The FUD around ETH, according to analysts at Santiment, may in the medium term feed a bullish narrative for the asset. 21% of conversations on social media sites involved currency.

They saw a sharp increase in the ratio of transactions for profit-taking. The social dominance of the second-largest cryptocurrency by market capitalization also increased at the same time. Data from Whale Alert indicates that a whale today dumped 24,768 ETH worth $38 million into the cryptocurrency exchange Coinbase. Over the previous three days, whales moved ETH worth around $200 million to liquidity pools and crypto exchanges.

What’s Next for Ethereum?

He wrote on twitter, “Some slow grind upwards and then one more sweep in the coming days and the correction should be over and we’ll continue the party.”

Rekt Capital wrote, “$ETH is dipping in an effort to retest the black diagonal multi-month downtrend as support. The diagonal needs to hold firmly however as there is a danger of this Monthly Candle ending up as an upside FOMO wick beyond resistance.”

However, the price of ETH will continue to be under pressure until the U.S. Federal Reserve’s rate hike decision on February 1 and until the release of the fourth-quarter GDP statistics on Thursday. At the time of writing, Ethereum is trading at $1,548 and has lost more than five percent in the last 24 hours. 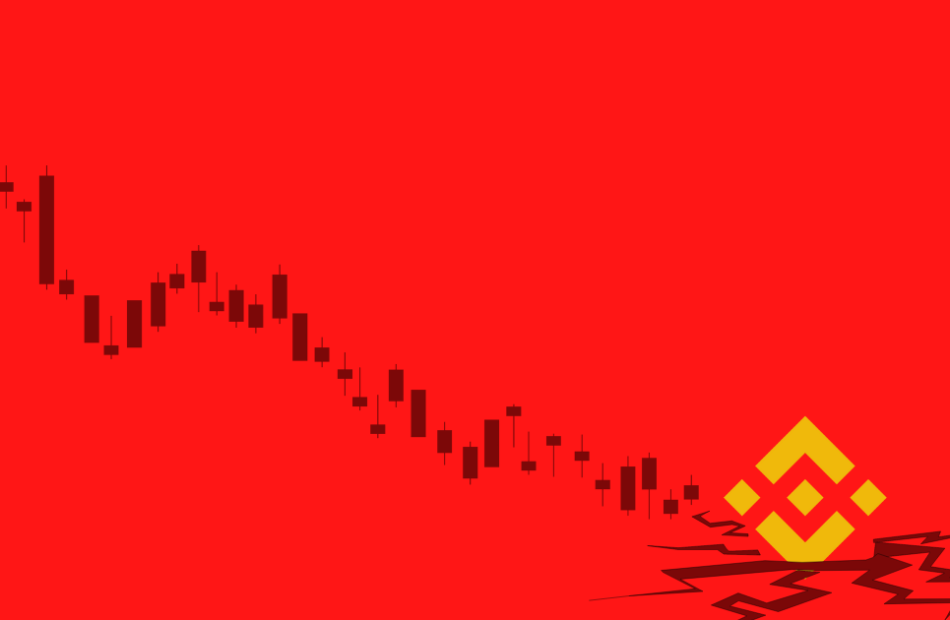 
CEO of the largest cryptocurrency exchange Binance, Changpeng Zhao, has taken to Twitter to address the speculations doing rounds on the internet about ‘Binance bleeding assets worth $12 billion.’

The CEO said that he will ignore the report and also advised the media house to get an app to check the crypto market.

He wrote, “Think they may need an app to check the crypto market.  Alright, will do 4, and ignore from here.” When someone questioned him about why he gives attention to the FUD, CZ write,

“Working in it (ignoring). But when sweeping Twitter to see what our community is up to, sometimes, can’t hold back to comment. Will try to improve.”

Regarding the 4, he is referring to in his tweet, CZ is talking about his new year resolutions. A few days ago, he took to Twitter and said that he will keep 2023 ‘simple.’

He said, “Will try to keep 2023 simple. Spend more time on less things. Do’s and Don’ts. 1. Education 2.Compliance 3. Product & Service 4. Ignore FUD, fake news, attacks, etc. In the future, would appreciate if you can link to this post when I tweet “4”.

Forbes reported earlier that Binance was bleeding in assets. The research delves deeply into Binance’s financial situation, covering everything from BUSD stablecoin activities to the BNB token’s overall state of health.

Over $360 million of the exchange’s reported $12 billion in losses over the past sixty days came on Friday, January 6 according to the report.

According to Nomics, BNB token is down about 37% from a year ago. Forbes believes that the exchange lost $3 billion annually as a result of ceasing to charge fees for spot bitcoin trading during the bear market.

In addition, Binance has lost $3 billion in assets over the previous week, or 4% of the company’s total holdings, according to Nansen. BTC, ETH, BNB, and DOGE Prices May Find their Bottoms in 2023! Is ‘Binance FUD’ the Final Capitulation Phase of 2022?


The crypto space is again bleeding, now with the fresh FUD over the world’s largest exchange Binance. Meanwhile, Bitcoin price is displaying some strength, as Ethereum price has slid down slightly. However, the spotlight was on Binance Coin(BNB) which slumped hard by nearly 20% since the early trading hours. However, the circulating Binance FUD is expected to be the final event that shook the entire crypto space.

A popular analyst tunez.eth, believes that the crypto markets could have been at the last phase of the cycle where-in the trader’s loose focus on buying altcoins. Moreover, the shift of focus would be back to the top 2 cryptos, Bitcoin & Ethereum. This may further ignite a fresh BTC price rally which will be followed by the ETH price.

Analyzing the Bitcoin chart, the analyst says that the price may drop to the lower support of around $10,000.

“There is probably an infinite bid below 10K that naturally gets front-run Can imagine that BTC hovering over 10K would start to feel like maybe it’s actually all just over, the type of sentiment we need to bottom,”

Coming to Ethereum the analyst believes the lower support could be around $1000.

“Only number that really matters to me is $1000. Anything below $1000 is a great buy long-term and should serve as where accumulation occurs,”

Moving on to BinanceCoin, he says the BNB price at $190 to $250 is like what the BTC price was during 2018 at around $6000, and breaking these levels could be the final capitulation phase.

“The BNB $190-250 range is essentially the bitcoin 6k 2018 price floor. Breaking this price floor should provide this market with its final capitulation. Squiggle is just a prediction, the trendline break is what you should be waiting for before risking on at all IMO,”

Lastly, referring to Dogecoin, the analyst finds it as the cleanest chart within the crypto space and believes, DOGE has the potential to revolutionize the micro-payments.

“Probably the cleanest chart in crypto, at this point it’s an elon musk social token, has the potential to be revolutionary for micro-payments. Your grandkids won’t believe you were able to buy a doge for less than a nickel. The easiest hold in crypto,” 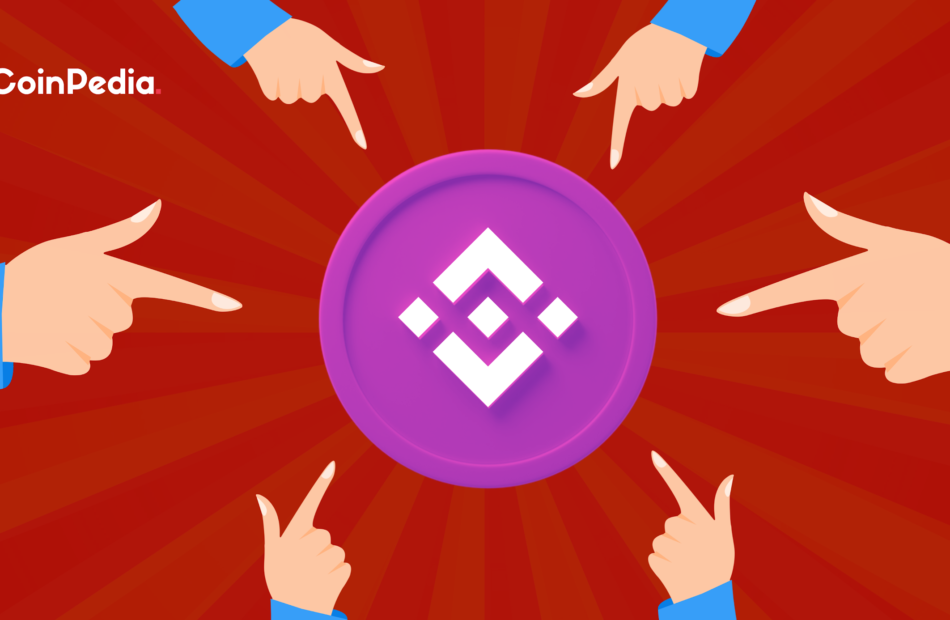 BNB Prices Slashes by 20%, Will Binance Survive the ‘FUD Attack’ or Will the FTX Fiasco Repeat?


The FTX fiasco does not appear to settle so soon as the aftermaths of the collapse appear pretty huge than expected. It started with Binance letting off all the FTT tokens worth more than $500 million, which ignited a fresh FTT price plunge. After creating a ripple of fallouts with Genesis, BlockFi, etc, now the wave has stuck back to Binance. No sooner had it halted the USDC withdrawals, than the ‘Binance FUD’ began to circulate.

Traders just began withdrawing from Binance as they feared as part of the past events with Terra & FTX. Further, the Proof-of-Reserve which was promoted by the Binance CEO, CZ to maintain transparency also backfired on the platform as the auditors claimed the report was not satisfactory. This impacted the price of the native token BNB which is trading below $300 with a huge drop of nearly 25% in the past few days, marking the lows at $220.

The markets have turned extremely bearish over Binance right now which was multiplied by the Fed Chair’s hawkishness and ongoing SBF trail. Due to this, the traders have expressed their desire to sell as huge negative mentions w.r.t Binance prevailed, socially. This is enough to keep the markets consolidated or captivated for a prolonged period.

After the FTX debacle, Binance was the one that promoted to display of the Proof-of-Reserve on the exchanges. After Binance, almost all the exchanges also exhibited their respective PoR being transparent and to regain the trader’s confidence.

However, Mazars, the firm which audited Binance, initially raised concerns over Binance’s PoR report and later stopped auditing the other crypto platforms like KuCoin, CryptoCom, etc, creating a fresh wave of FUD.

As per the new report from Glassnode, the Binance exchange balance and the reported balance in PoR displayed a huge difference.

As per Glassnode, the balance on the Binance exchange displays a total of 584,600 BTC but the platform reported 359,300 BTC in its PoR. Considering this report, there is a huge difference of more than 200K BTC worth nearly $3.4 billion at the moment. Meanwhile, the Ethereum reserves accurately display 4.65 million ETH held.

Many of the crypto influencers do believe that Binance FUD is being circulated to revive the FTX failure again as the platform is processing the withdrawals without any delays. Conversely, the traders’ confidence appears to have shaken as the platform recorded huge outflows recently. While, the Binance CEO, CZ, is trying his level best to disperse the FUD over the platform, the BNB price continues to bleed massively.